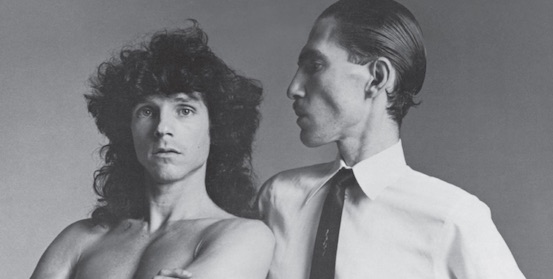 Samuelsounds is back and it’s my birthday. Perhaps there’s no better time to play a guilty pleasure. Giorgio Moroder on production; brothers Ron and Russell Mael on keyboards and vocals… I give you the title track off their 1979 album The No. 1 Song In Heaven. Have a great day. Have a great week.

Now for a quick interlude in anything hip about having a music blog. Supertramp. An English band that can contest any list of the most uncool AOR bands that achieved major radio play. They’re a guilty pleasure of mine that compares to the output of Christopher Cross, ELO and Hall & Oates. They are the antithesis of the new wave we’ve heard this week. ‘Breakfast In America’ is the title track off their 1978 album. I spotted that it’s a feature on YouTube for the first time in ages. A completely valid excuse.

The Black Crowes released their sophomore album The Southern Harmony and Musical Companion in 1992. One of its finest moments is the riff-laden rocker ‘Remedy’.  Borrowing a hook from Parliament’s ‘Night Of The Thumpasorus People’, the band reveal their ability to take a classic sound and make it their own. They would revisit this trick on their cover of ‘Hard To Handle’. Have a great weekend.

Listening to Christopher Cross, it is hard to believe that he played guitar for Deep Purple in San Antonio, Texas in 1970. Richie Blackmore had fallen ill and undoubtedly it was not his soulful vocals that they sought out. A little later than usual this morning, it’s the sunny disposition of ‘Sailing’. Absolutely, it is clearly a guilty pleasure.

One of my guilty pleasures today… what have you done to deserve this? This duet with Dusty Springfield featured on the Pet Shop Boys 1987 long player Actually, with that album cover.

Well, our government has collapsed, the markets are in turmoil and last night we were treated to the most abject performance I’ve seen from an England football team. Time for some humorous and bitter relief to help heal the wounds. Steve Harley had been through a fractious break-up with the original line up of the Cockney Rebel. His resentment made a great sound. ‘Make Me Smile (Come Up and See Me)’ was released as the lead single from the band’s 1975 album The Best Years of Our Lives.

What a barmy weekend! Fantastic fun on Saturday night watching a friend air guitar, on stage, to this guilty pleasure. ‘Summer Of ’69’ is off Bryan Adams’s 1984 album Reckless. Have a great week. 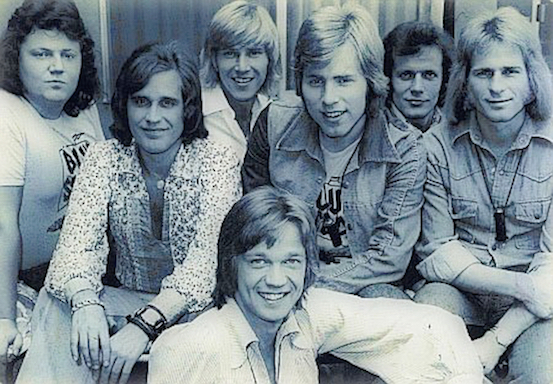 It’s May Day bank holiday here in Blighty and that’s always cause for festivity. Nothing says celebration like the reveal and singalong to a guilty pleasure. Blue Swede recorded ‘Hooked On A Feeling’ only five years after B.J. Thomas released the original in 1968. By 1973, the song had been through a production metamorphosis. Well, they had thrown in the “ooga-chaka ooga-chaka”; those crazy guys. Have a great week.

A glimmer of 1982 always gives me the opportunity of featuring a little more Haircut 100 – one of this blogger’s guilty pleasures. It was the year they released their debut and only real oeuvre Pelican West. The long player is probably best know for a classic trio of new wave singles ‘Love Plus One’, ‘Favourite Shirts (Boy Meets Girl)’ and ‘Fantastic Day’. But that does not go deep enough for me. ‘Lemon Firebrigade’ is a highlight arrangement of their form of jazzy blue-eyed new wave pop, but with a spoonful of calypso thrown in for good measure. The sound of a 1980s beach, a year before Club Tropicana.

Now if we are looking back, then why not to the beginning of time when Now That’s What I Call Music, Vol. 1 was fashioned out of the purest of ethylene and chlorine. The choice is a tough one, but I plump for ‘New Song’, the debut single by Howard Jones. From his 1983 album Human’s Lib, the song sounded remarkably like ‘Solsbury Hill’. Unlike Peter Gabriel’s timeless classic, this guilty pleasure is probably more famous for the aforementioned compilation than its own status. Howard and his ‘song came and went. Now’ lives on.

After The Turtles broke up in legal disputes, vocalists Mark Volman and Howard Kaylan joined forces with with Frank Zappa as members of the Mothers of Invention. A few creative turns later as Phlorescent Leech & Eddie, they left the band in 1972 and formed the aptly named derivative Flo & Eddie. Moving Targets is their fourth album and it features the song ‘Keep It Warm’, an archetype of the 1970s pastiche. The Beach Boys, The Beatles, Frank Zappa, Supertramp, 10CC… the list of indulgences go on.

Pervasive 1990s alt-pop rock with echoes of Todd Rundgren. If the permanent air play wasn’t enough, the lame video makes the pleasure a guilty one.

Tagged 1998, New Radicals, Todd Rundgren, You Get What You Give
2 Comments
GP, House

A K-Klass classic. Ex-neighbours of mine, I’ll have you know. Bobby Brown was not.