New York duo Sophie Hawley-Weld and Tucker Halpern (aka Sofi Tukker) are probably best known for their song ‘Best Friend’ which featured in an Apple commercial. But it’s not half as good as their single ‘Drinkee’, all sung by Hawley-Weld in perfect Brazilian Portuguese, with a video that catches the eye. It was released on the independent NYC label Ultra Music in 2016.

Heavily sampled on ‘Link Up’ by NxWorries, last year’s collaboration between Anderson.Paak and Knxlwledge, ‘Onda’ is a disco-infused track by Brazilian percussionist Sergio Cassiano. It features on his 1976 album Cuban Soul – 18 Kilates. Enjoy.

9 of the best – sounds of Brasil

Rio 2016. Brasil! In no particular order, other than chronology: 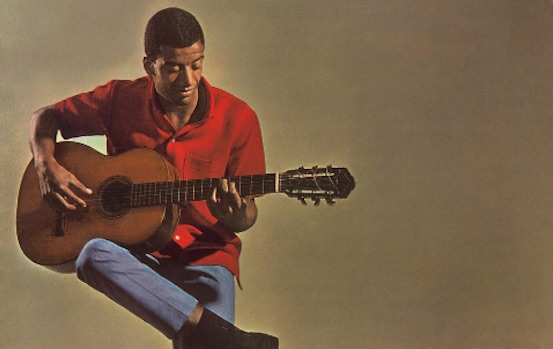 Rio 2016 is here; and I’ve been smitten by Brazilian music ever since I visited their lands 5 years ago. Jorge Duilio Lima Menezes is no newcomer to this blog. For me, it all started with him. For Jorge (Ben), it all started in 1963 with the release of the Samba Esquema Novo. And for listeners to that album, it all starts with the opener ‘Mas Que Nada’ (“But that’s nothing”). The song would help define a certain maracatu samba sound and would end up becoming a signature tune for Sergio Mendes, no less. But all the covers missed the lush arrangements of saxophonist J. T. Meirelles and Ben’s own virtuoso performance on guitar. Have a great week. 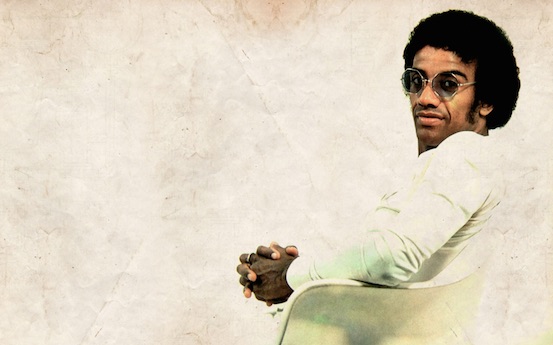 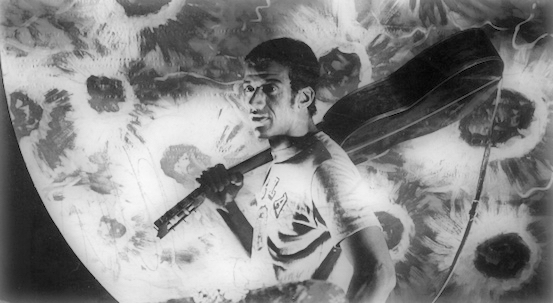 To make the point that sound means more to me than lyricism, I understand 3 words in Portuguese. Jorge Ben released his album A Tábua de Esmeralda in 1974, by which time he was on fire. I overlook the brilliantly-named ‘Minha Teimosia, Uma Arma Pra Te Conquista’ (‘My Stubbornness, My Weapon To Win You Over’) in favour of the album’s last song ‘Cinco Minutos’ (1 & 2). Obrigado (3) Jorge Ben; you know how to create an unbreakable rhythm.

Antonio Carlos Jobim and Vinicius de Moraes’s samba ‘Chega de Saudade’ as sung by João Gilberto is considered the ground zero of bossa nova. The three of them had spent their youth listening to the samba, jazz, trad and country music of the 1930s and 1940s. From it, they created the new way. Have a great weekend.

Now if there’s a cult instrument that I like even more than the cowbell, it’s the monkey sound of the cuíca drum. Enter Jorge Ben’s ‘Oba, Lá Vem Ela’ off his 1970 pressing Fôrça Bruta. Throw in some sweeping strings and what you have is heaven. Jorge Ben, you are the man.

As with ‘The Girl from Ipanema’ and ‘Corcovado’, Tom Jobim wrote ‘Insensatez’ for João Gilberto – originally released in 1961. Ten years later, one of bossa nova’s muses, Nara Leão recorded a cover for her album Dez Anos Depois. It is my favourite version. Leão was no copycat, she had calibre too. During the 1950s, she had performed with João Gilberto. In the 1960s, she toured with Sérgio Mendes and would eventually team up with the Vila Velha Gang (e.g. Caetano Veloso, Gilberto Gil and Gal Costa) to feature on the 1968 album Tropicália: ou Panis et Circencis, a manifesto for the Tropicália movement.

“A stick, a stone, it’s the end of the road”… the England football team fall again. The opening line of ‘Aguas de Março’ is embedded in Brazilian popular music. It helps that the song was composed and first released by bossa nova legend Antonio Carlos Jobim, then covered by Elis Regina for the album Elis in 1972, and ultimately by both Elis and Tom Jobim in 1974. I chose Regina’s solo version because I think she brings out the purity of the song. A sublime end to a week touched by disappointment. Have a great weekend.

There’s a big match on for England fans today. You cannot mention football without reference to batucada. If bossa nova de-emphasised the percussion in samba, batacuda is all about fast repetitive tom-toms, snares and surdos. Grêmio Recreativo Escola de Samba Mocidade Independente de Padre Miguel is one the famous samba schools from Rio de Janeiro. I chose ‘So No Apito’ off their collection Bateria Nota 10 – Vol. 4. because of it abundant use of Cuíca. I love that instrument. Come on England! 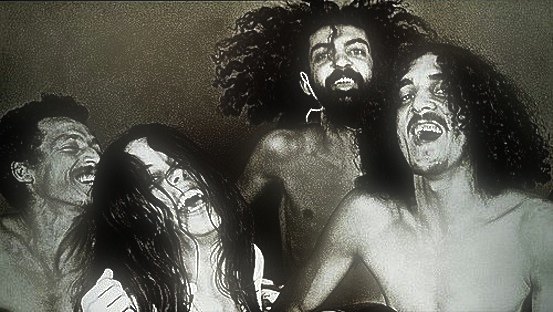 Samba-loving hippies Novos Baianos followed their acclaimed album Acabou Chorare with 1973’s Novos Baianos F.C. Their music was heavily influenced by João Gilberto’s refined bossa nova, but there was no turning down the rhythm on their lively cover of Dorival Caymmi’s classic, ‘O Samba Da Minha Terra’. They lived in a Rio commune, splitting their time between playing instruments, composing music and playing football – living the dream. 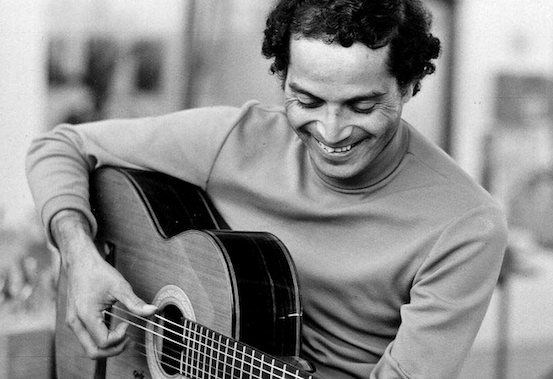 I am embarrassed to say that I was first introduced to ‘Canto de Ossanha’ by alternative rapsters Jurassic 5. I like their cover a lot, but it’s not a scratch on Baden Powell’s original take that featured as the opening track on Powell and Vinicius de Moraes’ 1966 long player Os Afro-Sambas. As the title suggests, this was ground zero for afro sambas. You can hear the influence it had on the global music scene. Do take some time to watch the YouTube clip – a virtuoso.

Simply known as ‘Brazil’ once Disney got hold of it in 1942, Ary Barroso’s ‘Aquarela do Brasil’ was first sung by Francisco Alves a few years earlier. It has since become a samba standard covered by the international great and good, including Jimmy Dorsey, Sinatra, João Gilberto, Tom Jobim. I will always associate it with Terry Gilliam’s movie Brazil – it provided the theme throughout. It now provides a start to a week to celebrate the World Cup.

The England football team fly to Miami en route to Brazil – cause for much Brazilian music, I hope. Singer, songwriter and percussionist, Otto Maximiliano Pereira de Cordeiro Ferreira is Otto to his friends and fans. Born on the arid plateau west of Recife, he is an archetypal Brazilian – a Dutch and indian one in his case. After a stint in Paris, an interest in electronic music was fused with Brazilian rhythms on his breakthrough 1998 long player Samba Pra Burro. The opening and closing composition ‘Bob’ was an avant-garde affair; the 2000 remix by Edu K gave it dance floor accessibility and featured the vocals of Bebel Gilberto.