Retirement Party are a pop-punk trio from Chicago. Their new sophomore album, Runaway Dog, is out on Counter Intuitive Records this week. The title track is a showcase for singer and guitarist Avery Springer’s catchy sound – the overall effect really reminds me of the lo-fi work of Guided by Voices, but with mucho drums. Guitarist Nick Cartwright and drummer James Ringness deliver the wall of sound.

Did I say garage rock?! New York-born guitarist, singer-songwriter John Anthony Genzale, Jr. first came to prominence as lead guitarist for the New York Dolls. After he and drummer Jerry Nolan quit the band, they formed The Heartbreakers with ex-Television bassist Richard Hell. Still carrying his alias, the band became known as Johnny Thunders & The Heartbreakers due to their frontman’s ever growing notoriety. ‘Born To Lose’ is not only a crucial slice of garage rock that opens their 1977 debut album L.A.M.F., but it was also a premature epitaph.

Before the release of their third album Bug, Dinosaur Jr. was not really on my radar. The single ‘Freak Scene’ changed all of that. The mid-80s had been fallow times for garage rock, with glam metal bands running riot to the detriment of the guitar. Three suburban friends from Amherst changed that. ‘Freak Scene’ was released in September 1988 as the lead single from and would thereafter influence the sounds of Pixies, My Bloody Valentine and Pavement, which isn’t a bad roll call.

A fast start to the week… in January, British punk band Chubby & The Gang released their wildly exciting debut LP Speed Kills. Without so much as a publicist working for them, the music and subsequent word-of-mouth secured them a US tour to support the album. The band was put together by former members of various hardcore bands – Violent Reaction, Abolition, Gutter Knife and others – and the result is great. They won’t ever be a mainstream band making music like this, but it should remind listeners why rock’n’roll can make you feel more alive. On surf-tinted album opener ‘Chubby and The Gang Rule OK?’, lead singer Charlie Manning-Walker (aka Chubby Charles) delivers a sound that Dave Vanian and Joey Ramone would have enjoyed.

9 of the best – sounds of twenty-tens

It keeps coming… the end of a decade of sound. It would seem that 2014 was peak twenty-tens to these ears. I give you the best of the decade in chronological order:

Mornin’ folks. Let’s get this week off to a big start. ‘Down On The Street’ is the opening salvo off The Stooges 1970 album Fun House. The sound exploded off the vinyl, marking a louder, rawer, more live sound for the band. The power certainly suited the charms of Iggy Pop, all maniacal grunts and yelps. Have a great week. 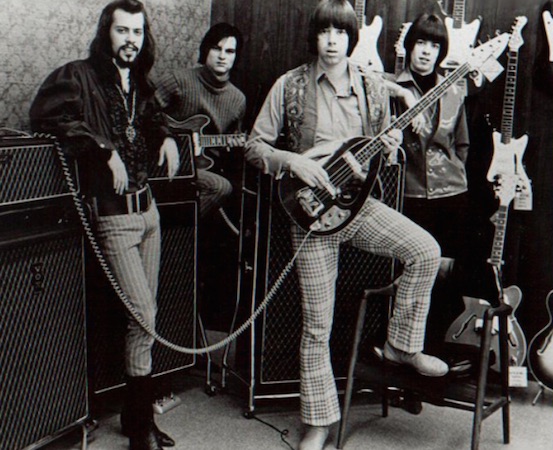 The Seeds were a 1960s psychedelic garage rock band from L.A., fronted by Sky Saxon on vocals, with Daryl Hooper, Rick Andridge and Jan Savage in his psych crew. They may be best known for their garage rock masterpieces ‘Seem To Make You Mine’ and ‘Pushin’ Too Hard’. Both singles would go on to feature on their self-titled debut album the following April, released on GNP Crescendo Records. 1965/66, these were experimental times. 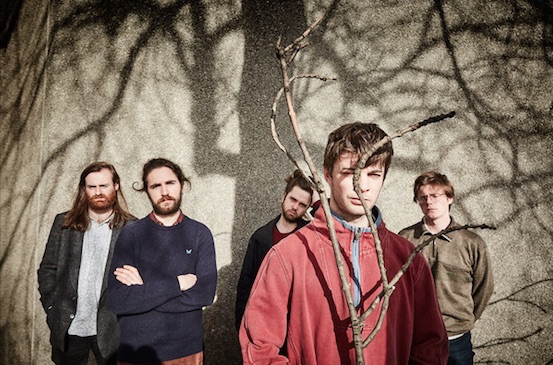 A second protest song in one week… it’s the sun. Fontaines D.C.’s Grian Chatten sings “The breeze in the night time would kill you stone dead”, reflecting on less successful times in Dublin. The song features on the band’s outstanding debut album Dogrel. Have a great weekend.

While Peter Perrett and The Only Ones were flirting with punk rock in 1976/77, The Damned were the real deal. Formed in 1976 by Dave Vanian, guitarist Brian James, bassist Captain Sensible and the irrepressible Rat Scabies on drums, they were the first UK punk band to release a single (‘New Rose’, 1976). ‘Neat Neat Neat’ was the second single off the album Damned Damned Damned. 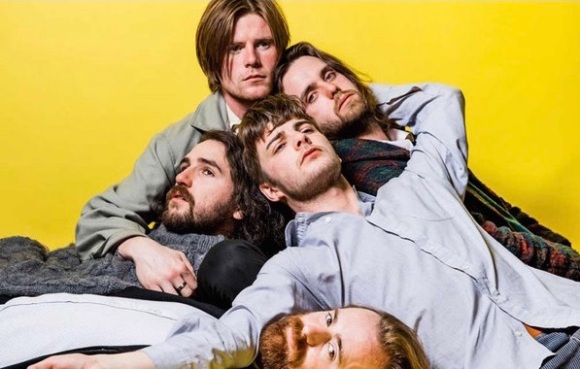 The NME have called ‘Sha Sha Sha’ the bastard son of ‘A Town Called Malice’. The sentiment might be similar, but the sound is different. Fontaines D.C.’s frontman Grian Chatten sneers and quips like a young Iggy Pop to Mick Jones-like riffs. The song features on the Dublin band’s debut album Dogrel.

Picking up the pace again this week, I give you Jimmy Lee Lindsey, Jr… aka Jay Reatard. The singer and self-taught percussionist/keyboardist/ guitarist lived and died, fast and young. This is something you’ll hear in his music. ‘Waiting For Something’ features on his 2006 album Blood Visions. While born in Missouri, he moved with his family to Memphis as a kid. Memphis was where he would rest in peace after untimely death from drugs and alcohol at just 29 years young.

Vermont’s King Tuff is stoner-rock frontman Kyle Thomas. Thomas told the Rolling Stone that the college-coridoor favourite ‘Sun Medallion’ is a song that came out of a dream about a little charm he picked up years ago while working at a hospice. It had power only matched by his lo-fi garage sound. If you like what you hear, the single featured on his 2008 debut Was Dead.

You got to try Broncho out sometime. This indie band hail from Norman, Oklahoma. In the same year that they formed, they released their debut Can’t Get Past The Lips on CQ Records and the Guestroom label. A hedonistic slice of garage rock, the third track on the album is a fast start to the week. Have a good one.

Nashville-based Ron Gallo released Stardust Birthday Party last year. The album is an experiment in garage rock, referencing what I so loved about early Cage The Elephant.  Punky, erratic and brave, ‘Prison Décor’ is the perfect example.

Good morning folks. After touring in Ty Segall’s backing band ‘The Muggers’ for a year, Kyle Thomas was encouraged to revisit his garage rock sound and change things up. His latest album offering, The Other, is still released under his King Tuff alias, but the songs have progressed. ‘Psycho Star’ features the lyrics: “We were always dreaming/Of castles in the sky/Dreaming of another planet/How could we be so blind?” Thomas has come to terms with his music.