In 1982, former Dexys Midnight Runner Mick Talbot started working with Paul Weller, the former frontman of The Jam. Despite that heritage, The Style Council would become a frustration to their well-wishing fans. The supergroup were continually reinventing themselves, but only occasionally reaching the heights of where they’d been. ‘You’re The Best Thing’ is one such moment. Happy Valentine’s Mrs Samuel.

Lloyd Cole & The Commotions ‎- Are You Ready To Be Heartbroken? (1984) 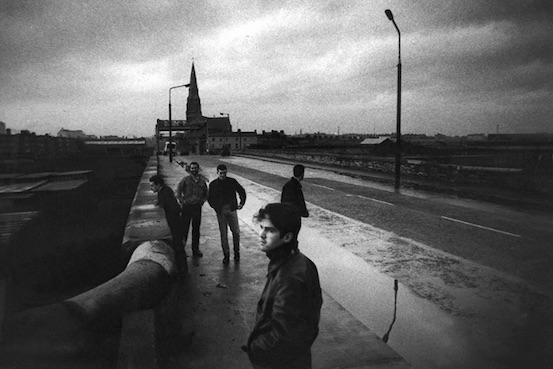 The release of Rattlesnakes in 1984 was one of the finest debut albums of the 1980s. A collection of indie jangle pop songs that closed with the beautiful ‘Are You Ready To Be Heartbroken?’.

The music industry suffered a loss this year that I’ve overlooked until now. Aged 64, Mark David Hollis died in February. The singer-songwriter achieved critical acclaim as co-founder of Talk Talk. An apt song choice is his brilliantly timeless single ‘It’s My Life’. The title track off the second Talk Talk album was released in February 1984, exactly 35 years before Hollis met his maker. It is a classic example of where experimentation and art meets pop to create an indelible sound. R.I.P. Mr Hollis. Have a great weekend.

I started the week with a track from Haruomi Hosono… I end with another influential figure in the world of city pop. Outside of Japan, Mariya Takeuchi is best known for marrying her collaborator Tatsuro Yamashitathe and releasing the classic 1984 song ‘Plastic Love’, with its dancefloor-filling final chorus. The Japanese genre is an unexpected mix of 1970s/1980s smooth AOR and jazz funk. This very American sound is strange through the filter of a Japanese scene. Have a great weekend.

What a barmy weekend! Fantastic fun on Saturday night watching a friend air guitar, on stage, to this guilty pleasure. ‘Summer Of ’69’ is off Bryan Adams’s 1984 album Reckless. Have a great week.

British industrial band Chris & Cosey formed in 1981 out of the ashes of their previous incarnation – the pioneering Throbbing Gristle. In 1984, Chris Carter and Cosey Fanni Tutti released the electro-synth masterclass that was Songs of Love and Lust. The third track on the A-side is ‘Walking Through Heaven’, one of their best known pieces of music. The shimmering sound of analog synthesizers is very pleasing to these ears. Have a great weekend.

“Look me in the eye and tell me, I’m satisfied/Look me in the eye, unsatisfied.” sang Paul Westerberg of The Replacements The post-punk classic ‘Unsatisfied’ kicks off the b-side of the band’s 1984 album Let It Be, full of unsettled discontent.

The imposter in this week’s pack, for there was no way I was listening to R.E.M. in real time in 1984. Knee high to a grasshopper, I was regrettably unaware of the band’s comings and goings in Athens and Charlotte. ‘So. Central Rain (I’m Sorry)’ was the first single off the band’s sophomore album Reckoning. Like its highly acclaimed predecessor, Murmur, the album continued the group’s journey to the alt rock pantheon. A decade later, they would be the biggest rock band on the planet. Have a great weekend. 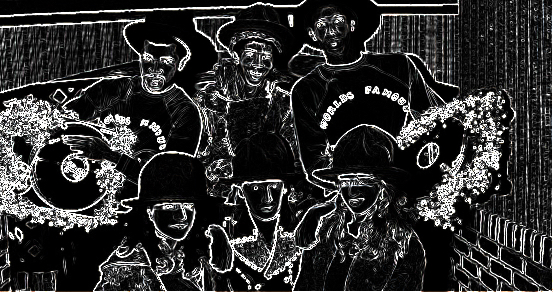 It’s been just over 5 years since Malcolm McLaren passed. His career collaborations are both famous and infamous. Less celebrated is his work in 1983/84 with Trevor Horn and DJs Sedivine the Mastermind and Just Allah the Superstar. This is The World’s Famous Supreme Team and ‘Hey DJ’. Great memories. 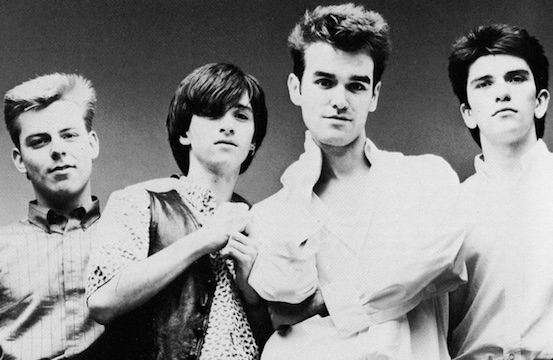 Smiths’ guitarist Johnny Marr wrote ‘How Soon Is Now?’. But he famously says that even he would now have difficulty to recreate the sound of the oscillating guitar that is the hallmark of the track.Instantly recognisable; genius at work in 1984. Remarkably, it slipped out as a B-side to ‘William, It Was Really Nothing’ single. Have great weekend.

Before Cathy Dennis successfully covered it in 1991, Wish (Greg Carmichael and Patrick Adams) released ‘Touch Me’ as a single with Fonda Rae on vocals in 1984. Fonda Rae had previously had a club hit with ‘Over Like a Fat Rat’ a couple of years earlier, but nothing as timeless as this nostalgic slice of mid-1980s disco. The song’s intro has been sampled by the masses. Have a great weekend.

“Yo want this party started right? Yo want this party startin’ quickly… right?” Strafe would sing the vocals, a Roland TR-808 would provide the funky breakbeat, Walter Gibbons would do a LOVE mix and Larry Levan would play it over and over at the Paradise Garage. This was New York underground dance in 1984 and it would influence dozens of house DJs. Have a great weekend.

Now if we are looking back, then why not to the beginning of time when Now That’s What I Call Music, Vol. 1 was fashioned out of the purest of ethylene and chlorine. The choice is a tough one, but I plump for ‘New Song’, the debut single by Howard Jones. From his 1983 album Human’s Lib, the song sounded remarkably like ‘Solsbury Hill’. Unlike Peter Gabriel’s timeless classic, this guilty pleasure is probably more famous for the aforementioned compilation than its own status. Howard and his ‘song came and went. Now’ lives on.

Bandleader Simon Jeffes composed the opening track of the 1984 album Broadcasting from Home on a harmonium that he’d found abandoned on a Tokyo street. Musical inspiration. Something about those haunting string arrangements in ‘Song for Zula’ reminded me of ‘Music For A Found Harmonium’.