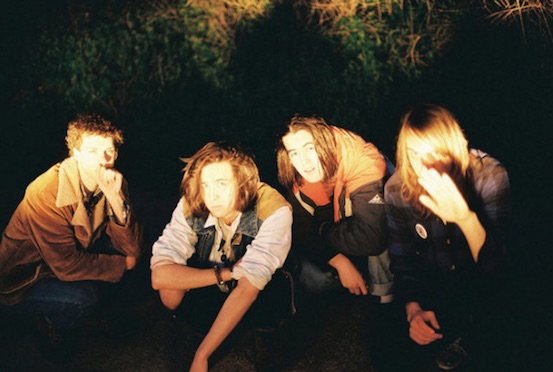 Good morning folks. I hope you had a good weekend. A forerunner to Whitney, Smith Westerns were an indie rock band from Chicago. In 2011, they released their second full-length outing Dye It Blonde. At its centre is the song ‘All Die Young’. Despite the unhappy title, the track is a clear celebration of a Ziggy Stardust/Marc Bolan-indebted glam sound. Have a great week.

The Chicago house producer Tevo Howard originally released ‘Without Me’ in 2008. But then in 2011, Marcus Worgull and Dixon’s vocal remix came about, putting Tracey Thorn’s magic vocals at the heart of the track.

Émilie Marie Simon is often painted as France’s answer to Björk. Her quirkiness was heightened in 2009 through misfortune; her fiancé François Chevallier died of the flu while on holiday in Greece. Two year later, Simon released the album Franky Night – it kicks off with the single ‘Mon Chevalier’. Have a great week.

Julia Kent is a Canadian cellist and composer. In 2011, she released the gothic Green and Grey. It features the soothing, dark and epic sound of ‘Overlook’. Have a great weekend.

Good morning folks! Ever since he moved to Berlin, declared himself the President of the Berlin Underground, adopted his stage name and released the floor-filling ‘Let’s Groove Again’, Chilly has been a creative darling of the dance world. in 2011, he released the much remixed ‘Knight Moves’ which had featured ob his 2010 album Ivory Tower. Have a great week.

A year before Sharon Van Etten sang ‘We Are Alright’, Bill Callahan was creating his own heartfelt sounds. His confessional song ‘Riding For The Feeling’ features on his 2011 long player Apocalypse.

I have been keeping an ear open for Will Toledo ever since I first listened to the remarkable ‘Drunk Drivers/Killer Whales’ a couple of years back. I am pleased, yet disappointed, to see that he has just released a video and single edit of an old track. ‘Nervous Young Inhumans’ featured on his album Twin Fantasy, which he self-released in 2012. New material, Mr Barnes! 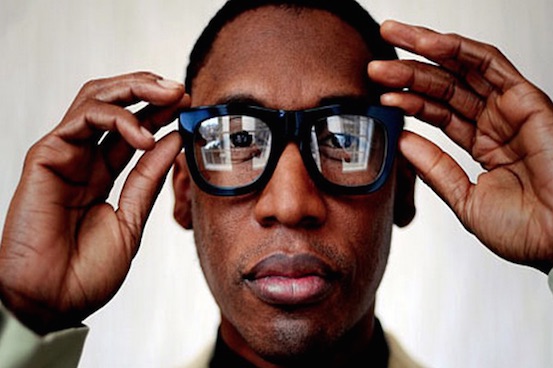 “I’m a good man, food’s on the table, working two jobs/Ready willing and able check your name.” The vocals of Taura Stinson kick off this soulful track before the lonesome Raphael Saadiq questions his woman’s betrayal. His sound is reminiscent of Isaac Hayes. Have a great weekend.

In 2011, the Paris-based Barclay Disques released an Alain Bashung album posthumously. Bashung’s rendition of the Serge Gainsbourg’s concept album L’Homme À Tête De Chou was an explicit dedication. ‘Variations Sur Marilou’ is a story of a forty-year-old man (perhaps with the head of a cabbage) who falls in love with a shampoo girl in Chez Max hairdresser for men. Full of eroticism, the song is classic Serge Gainsbourg. Bashung was due to tour his version of the project in November 2009, but passed in March of that year. Thank goodness it had already been captured on record. Have a great weekend.

To these ears, Brett Dennen is more Hanson than Paulo Nutini. However, in 2011 he released the amusingly titled Loverboy. Drawn to his in-tongue cheek, I listened to ‘Must Be Losing My Mind’. The song’s funky start and catchy vibe followed.

In 2011, a hip-hop collective from Seattle, Shabazz Palaces, released an an album called Black Up. The music was serious, but not as much as the title would suggest, audacious and off kilter. On ‘Are You… Can You… Were You? (Felt)’, Ishmael Butler and Tendai Maraire exclaim “It’s A Feeling!”

Malaysian DJ Haze’s CV past collaborations include a notable roll call of house music institutions (Kings of Tomorrow, Fanciulli, MJ Cole, Defected Records and Strictly Rhythm). In 2011, he worked with Danish DJ Noir (aka Rene Kristensen) and together they produced ‘Around’. And then, they enjoyed collaboration squared when German DJ Solomun cut his own downtempo Vox mix of the single. The remix became a floor-filler. 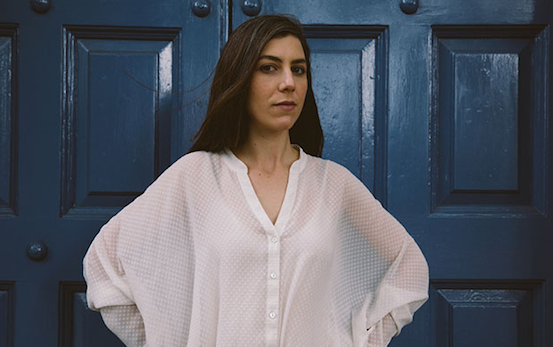 In 2011, not only did Julia Holter draw on the work of Arthur Russell and Laurie Anderson, but also she had the composure to create something totally original. Her debut album Tragedy features ‘Goddess Eyes’ in all its vocoder-processed glory. “I can see you, but my eyes are not allowed to cry.”

Londoner Michael Kiwanuka started his musical career working as a session guitarist. It was not long before his creative ambition and vocal talent propelled him into singer-songwriting. Communion Records released his debut EP ‘Tell Me A Tale’ in the summer of 2011. To those hearing it for the first time, it was like hearing Terry Callier incarnate.