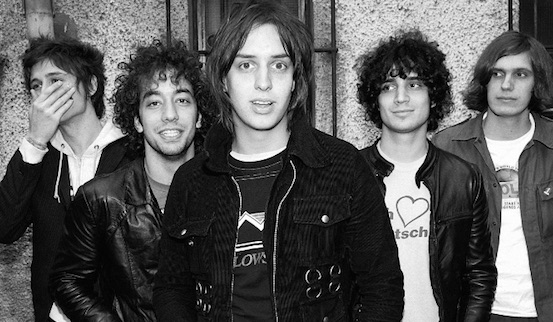 Unlike one of their songs, no one wanted The Strokes sound to come to an abrupt stop. Two long years after the release of Is This It, came their second L.P. Room On Fire. The album featured ‘Reptilia’, a scientific term for the part of the brain we share with reptiles. The song seems to be about a long night that’s not going so well. “The room is on fire as she’s fixing her hair.” The song evidently gave the album its name and tempo. Have a great week.

9 of the best – sounds of noughties

I give you my favourite nine sounds of the 2000s in chronological order. It would seem that 2004 was peak noughties to these ears…

A compilation for the weekend. My favourite songs of 2001 and in no particular order:

The Strokes – Hard To Explain

Spiritualized – I Didn’t Mean To Hurt You

Lift To Experience – Falling From Cloud 9

Honourable mentions also go to: Weezer for ‘Island In The Sun‘; Zero 7 for ‘In The Waiting Line‘; Jay-Z for ‘Izzo (H.O.V.A.)‘; Golden Boy feat. Miss Kittin for ‘Rippin Kittin‘; Daft Punk for ‘Veridis Quo‘; The Other People Place for ‘Let Me Be Me‘; Peter Yorn for ‘Strange Condition‘; Muse for ‘Bliss‘; Cannibal Ox for ‘Iron Galaxy’; Roger Sanchez for ‘Another Chance’; Radiohead for ‘Knives Out’; and Yann Tiersen for ‘La Valse d’Amélie‘.

To say this song is all intro would be doing a would be doing a disservice to Julian Casablancas’ passionate vocals. “Leaving just in time/Staying for a while/Rolling in the ocean/Trying to catch her eye/Work hard and say it’s easy/Do it just to please me/Tomorrow will be different/So this is why I’m leaving”. But I love that intro, and those kickdrums, and that guitar, and… This was 2001; ‘The Modern Age’ is the second track on The Strokes’ classic Is This It.

My favourite sounds of 2016 in no particular order…

The Avalanches – Because I’m Me

Sampha – Blood On Me

The Strokes – Threat of Joy

The Weeknd feat. Daft Punk – I Feel It Coming

Honourable mentions also go to: Lizzo for ‘Good As Hell‘; Childish Gambino for ‘Redbone‘; Andy Shauf for ‘The Magician‘; De La Soul for ‘Trainwreck‘; Glass Animals for ‘Life Itself‘; Bon Iver for ‘33 “GOD”‘; The Last Shadow Puppets for ‘Everything You’ve Come To Expect‘; Let’s Eat Grandma for ‘Deep Six Textbook‘; Anderson .Paak for ‘Come Down‘; Solange for ‘Cranes In The Sky‘; DJ Snake for ‘Let Me Love You’; Honne for ‘Someone That Loves You‘; Nick Cave & The Bad Seeds for ‘Rings Of Saturn‘; Michael Kiwanuka for ‘Cold Little Heart‘; Lee Fields & The Expressions for ‘Precious Love‘; Okkervil River for ‘Okkervil River R.I.P.’

In the last couple of weeks, The Strokes have revealed three brand new singles off Future Present Past. ‘Threat of Joy is the final reveal and the one that sounds like the band of old. Frontman Julian Casablancas sings “Okay, I see how it is now/You don’t have time to play with me anymore/That’s how it goes, I guess/Fuck the rest/Be right there, honey/I’m gonna take my time to say/Take my time today.” The EP has been pressed on Casablancas’ newly relaunched Cult Records.

I read recently that Led Zeppelin are facing a jury trial this month over a copyright infringement. The question is whether they stole the opening chords for their 1971 song ‘Stairway to Heaven’ from the 1968 instrumental ‘Taurus’ by the band Spirit. Whether or not to sue would seem to be arbitrary and may be as much to do with the circumstances of the plaintiff as to the strength of case. Earlier this year, Sam Smith settled a copyright dispute with Tom Petty over the likeness between ‘Stay With Me’ and Petty’s song ‘I Won’t Back Down’. Whereas Petty certainly gave the Strokes a pass for ‘Last Nite’ and its remarkably similarities to his 1976 classic ‘American Girl’. Have a good week.

Ten years ago, we may not have had a 366th day, but there was plenty of solace in the sounds of 2006. In no particular order…

The Good, The Bad and The Queen – Herculean

Guillemots – Made Up Love Song #43

The Strokes – You Only Live Once

The Magic Numbers – This Is A Song

The Hold Steady – The Chillout Tent

Phoenix – Sometimes In The Fall

Honourable mentions also go to: Finally Moving for ‘Pretty Lights‘; Kelley Stoltz for ‘Ever Thought of Coming Back‘; The Fratellis for ‘Chelsea Dagger‘, Ghostface Killah for ‘Shakey Dog‘; Peter Bjorn & John for ‘Young Folks‘; TV On The Radio for ‘Wolf Like Me‘; The Bird And The Bee for ‘Again And Again‘; Grizzly Bear for ‘Knife‘ and Loney, Dear for ‘I Am John’. 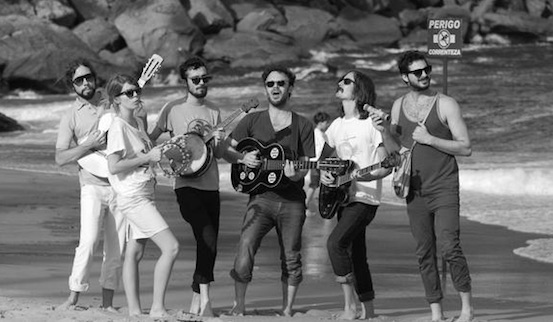 Time for a little joy. Last week, it was Julian Casablancas; this week its another Strokes alumnus – the drummer Fab Moretti. He formed the band Little Joy with Brazilian Rodrigo Amarante and Californian singer-songwriter Binki Shapiro in 2008. A laid-back bossa nova influence is plain to hear in the summery sound of ‘Next Time Around’. It features on their eponymous debut album.

Julian Casablancas released ’11th Dimension’ as the lead single from his debut album Phrazes for the Young. With Casablancas’s vocals laid over an electro-pop synth production, this sounded to my ears like Phoenix meets The Strokes. What wouldn’t there be to love? 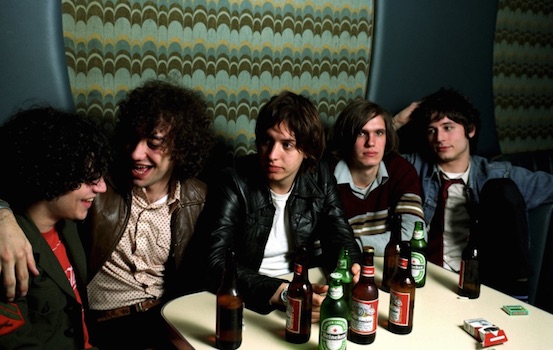 Has it really been almost 15 years since The Strokes released their gold-plated debut Is This It? I love this song. I love this video. It is ‘Hard to Explain’.

It was always going to be hard for a band to reach the startling heights of a debut album like Turn on the Bright Lights. A dozen years later and Interpol came pretty close with ‘All the Rage Back Home’, the opener and lead single off Their fifth studio album El Pintor. The familiar Joy Division inspired start bursts into a post-punk sound with waves of Strokes-infused choruses.

Julian Casablancas – I Wish It Was Christmas Today (2009)

‘I Wish It Was Christmas Today’ was originally a Saturday Night Live skit featuring by Jimmy Fallon, Tracy Morgan et al. back in 2000. A decade later, it was given an indie makeover by hero Julian Casablancas. The result sounds like a Strokes song with jingle bells and more than a hint of rebellion: “I don’t care what your momma says, Christmas time is near”. 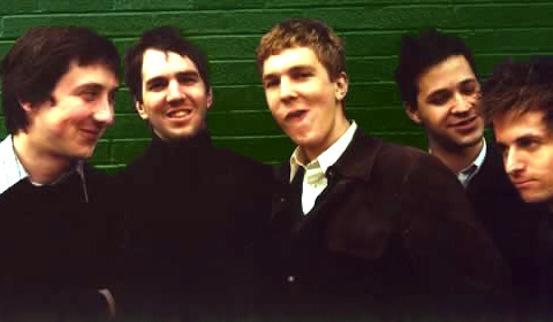 In 2001, The Strokes had made rock’n’roll believable again. Their song ‘Last Nite’ (and what followed) was a clarion call and its echoes can still be heard today. Three years later, The Walkmen would respond with their own derivative of the New York revival. Frontman Hamilton Leithauser spits out “You’ve got a nerve to be asking a favour/You’ve got a nerve to be calling my number”… anger, isolation, sadness, a snappy title, New York. With its abundance of punk anthem credentials, ‘The Rat’ was understandably released as a single. It also features on their long player Bows + Arrows.

Tonight, Phoenix are in town to fanfare their fifth studio album Bankrupt! This is one of those bands that should be more popular than they are. The theory is that their Gallic cool hasn’t translated as well into rock music as it was shown to do for some of their peers in dance music circles. I think the tide is finally turning. A complete sell out in London tonight, but unfortunately I can’t make it. By 2006, and their third album It’s Never Been Like That, they had evolved into a kinda post-Strokes jangle. As you will hear in ‘Sometimes In The Fall’, the disco rhythm had been dropped, but the art of catchy pop still ran deep.

Tagged 2006, It's Never Been Like That, Phoenix, Sometimes in the Fall, The Strokes