Tag Archives: The War On Drugs

In 2014, I was smitten by The War On Drugs. It was the year that they released Lost In The Dream on Secretly Canadian. One of its standout songs is ‘An Ocean In Between The Waves’ – close your eyes, picture a coastal train journey and hear the echoes of Dire Straits and Tom Petty.

9 of the best – sounds of twenty-tens

It keeps coming… the end of a decade of sound. It would seem that 2014 was peak twenty-tens to these ears. I give you the best of the decade in chronological order: 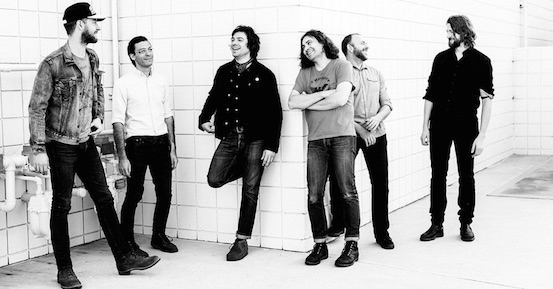 Two War on Drugs tracks in less than a month. Well they’ve only gone and released a new single, ‘Holding On’, so what am I meant to do? Like someone has said before me, I knew I would like this track before I heard it. Before Adam Granduciel does his Bob Dylan thang, the single starts apace with a tight drum beat, synthesizers, a xylophone and never lets up. “He never gonna change; he never gonna learn…” Yeah baby. The new album A Deeper Understanding is released on 25 August.

If you think nine minutes of Yo La Tengo is long… check this. It’s been a long three years since their 2014 LP Lost in the Dream, but Philly rockers The War on Drugs have decided to return with 11 minutes of ‘Thinking Of A Place’. The expansive and psychedelic sounds are the first from a new work due later this year. Will the fourth album cement Adam Granduciel as the modern-day Springsteen?

We All Want The Same Things will be the third solo album from The Hold Steady’s frontman and leader Craig Finn. Released by Partisan Records on 24 March, the album will feature 10 tales from the Twin Cities. I read that none will be more autobiographical than ‘Preludes’, which sounds as much The War On Drugs as it does The Hold Steady. 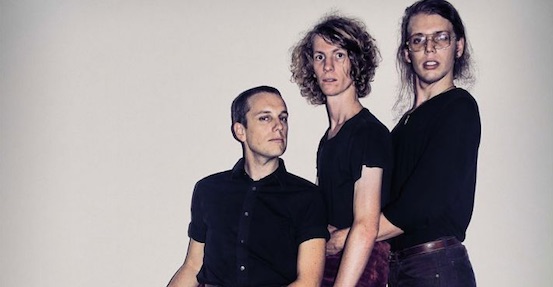 Western Australia has given us its fair share of quality electronica – Empire of the Sun and Tame Impala to name but a couple. Methyl Ethel added their name to the list with last year’s album release Oh Inhuman Spectacle. The off-key androgyny of Jake Webb’s vocals give ‘Idee Fixe’ added credentials. One part The War on Drugs, one part Animal Collective, one part Methyl Ethel.

In no particular order …

Glass Candy – Warm In The Winter

The War On Drugs – Baby Missiles

Honourable mentions also go to: Ghostpoet for ‘Survive It‘; Connan Mockasin for ‘Forever Dolphin Love‘; Bombay Bicycle Club for ‘Shuffle‘; The Black Keys for ‘Run Right Back‘; Cass McCombs for ‘County Line‘; Shabazz Palaces for ‘Are You… Can You… Were You? (Felt)‘; Grimes for ‘Vanessa‘; King Creosote & Jon Hopkins for ‘Bats In The Attic‘; Girls for ‘Alex‘ and Beirut for ‘Santa Fe‘.

I saw The War On Drugs at the Brixton Academy this week. Oh my. ‘Red Eyes’, ‘Under The Pressure’, ‘An Ocean In Between The Waves’, ‘Eyes To The Wind’ – the set was unfathomably stellar. Frontman Adam Granduciel does a great job of tapping Mellencamp, Petty, Knopfler… They also played ‘Baby Missiles’ off their 2011 album Slave Ambient – you can add Springsteen to that list.

In no particular order …

Mac DeMarco – Passing Out The Pieces

The War On Drugs – Eyes To The Wind

Caribou – Can’t Do Without You

D’Angelo And The Vanguard – Really Love

Honourable mentions also go to: Interpol for All The Rage Back Home‘; GoGo Penguin for ‘Hopopono‘; The Black Keys for ‘Fever‘; Tweedy for ‘Summer Noon‘; Raury for ‘Superfly‘; Avey Tare’s Slasher Flicks for ‘Little Fang‘; Karen O for ‘The Moon Song‘; Cage The Elephant for ‘Cigarette Daydreams‘; Donnie Trumpet & The Social Experiment for ‘Sunday Candy‘; Metronomy for ‘The Upsetter‘; DMA’s for ‘Delete‘; The Family Crest for ‘Beneath The Brine‘; Chet Faker for ‘Gold‘; Spoon for ‘Inside Out‘; and Real Estate for ‘Talking Backwards‘.

Now for my favourite single of 2014; it was The War On Drugs‘ ‘Eyes To The Wind’, the centrepiece of this year’s album Lost In The Dream. The sound of a band at the top of its game.

If you like your rock full of soul, but cannot do without the lick of an indie guitar, Kurt Vile’s old band The War On Drugs will tick the boxes for you. And me for that matter, because The War on Drugs get better and better on a second and third listen. Their latest album, Lost In The Dream, is expansive and hazy. Go on – immerse yourself.