9 of the best – sounds of nineties

Good morning. It’s a little bit later than normal but hopefully worth the wait. I participated in Portsmouth’s Great South Run yesterday, which was was celebrating its 30th anniversary with a 1990s party. It was fun, but no semblance of the decade’s best songs involved. I give you my favourite nine sounds in chronological order. I have to say this is by far the toughest best-of list that I’ve published… just look at the quality of sound that I demoted to honourable footnotes.

A compilation for my hangover. Also a compilation for what looks like its going to be one of the last sunny days in September. I was immersed in dance music in 1991, but R.E.M., Nirvana, Mercury Rev and Lenny Kravitz were able to break into a best-of list otherwise dominated by the sound of house music.

Lenny Kravitz ‎- It Ain’t Over ‘Til It’s Over

Honourable mentions also go to: Saint Etienne for ‘Nothing Can Stop Us Now‘; My Bloody Valentine for ‘Only Shallow‘; De La Soul for ‘A Roller Skating Jam Named Saturdays‘; Photon Inc. for ‘Generate Power (Wild Pitch Mix)‘; Crystal Waters for ‘Gypsy Woman‘; Altern 8 for ‘Infiltrate 202‘; Björk for ‘Hyperballad’; A Tribe Called Quest feat Leaders Of The New School for ‘Scenario‘; Slam for ‘Eterna‘; Frankie Knuckles for ‘The Whistle Song‘ and Last Rhythm and Silvie Carter for ‘Last Rhythm‘.

As we approach the end of another year and the greatest hits that follow, I give you a compilation of sounds from 24 years ago. Britop was at its zenith, but the angelic voice of a Californian rose above all ….

Blur – To The End

Mazzy Star – Fade Into You

Honourable mentions also go to: Portishead for ‘Roads‘; Mazzy Star for ‘Fade Into You‘; Plush for ‘Found A Little Baby‘, Johnny Cash for ‘Drive On’, Jeff Buckley for ‘Grace‘; Blur for ‘End Of A Century‘; Pavement for ‘Cut Your Hair‘; Nas for ‘N.Y. State Of Mind’; Green Day for ‘Basket Case’; The Jon Spencer Blues Explosion for ‘Bellbottoms‘ 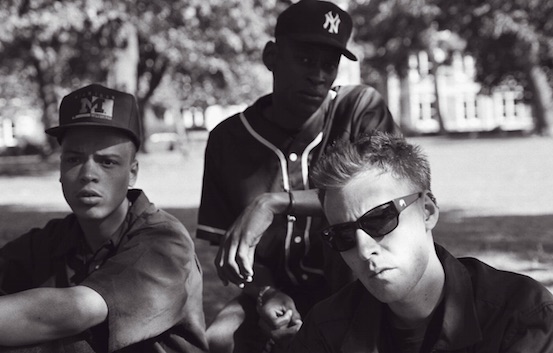 Good morning. The title track off Massive Attack’s 1994 album Protection was s a collaboration with Tracey Thorn (and James Brown, you could say). The track borrows its rhythm through a sample of the classic wah-wah guitar from the Godfather’s ‘The Payback’. Have a great week.

William DeVaughn ‎- Be Thankful For What You Got (1974)

Massive Attack gave a second life to this song in 1991 when they covered it for their seminal album Blue Lines. ‘Be Thankful For What You Got’ was a originally released by D.C.-born soul singer William Edward DeVaughn Jr. It cuts a beautifully fine line between jazz funk and soul. Have a great weekend.

‘Cranes in the Sky’ features on Solange’s album A Seat at the Table. The track features Raphael Saadiq on bass, a downtempo R&B take on Massive Attack’s ‘Unfinished Symphony’ and a video directed by the singer and her husband Alan Ferguson. Solange Knowles is working out some issues and blossoming with it. 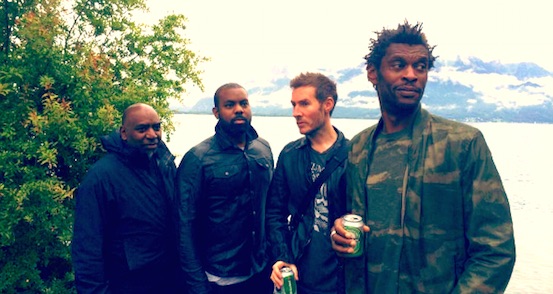 Is it acceptable to use the phrase “trip hop” anymore? Undoubtedly the giants of the genre, Massive Attack are back and in collaboration with their anointed, young successors Young Fathers. Their new EP Ritual Spirit, features ‘Voodoo In My Blood’. As if to complete a loop, there are many echoes of Radiohead’s brand of trip hop within. But if the strobing sound is not to your taste, the video of Rosamund Pike is at the very least an eyeful.

Seven years after Massive Attack’s Blue Lines introduced what would become to be known as trip-hop, they released another ground-breaking affair, Mezzanine. Last month, I featured Felt’s collaboration with Elizabeth Fraser. This was 13 years after ‘Primitive Painters’ and Massive Attack had the wherewithal to collaborate with Fraser, a worthy successor to their previous muses Tracey Thorn and Shara Nelson. The dubby treatment of the album’s ‘Teardrop’ would reach a wide audience via the Hugh Laurie series House.

There’s going to be a certain groove to this week, prior to the festivities of next. When a couple of Miles Davis collaborators, jazz guitarist John McLaughlin and foremost fusion drummer Billy Cobham got together with keyboard pioneer Jan Hammer, they created something quite mind-blowing. ‘You Know, You Know’ features on jazz-rock album The Inner Mounting Flame. The workout was notably sampled by Massive Attack (‘One Love’) and Mos Def (‘Kalifornia’). Billy Cobham was a drumming machine before such things existed.

“For Each A Road, For Everyman A Religion”. On his third solo album Music of the Spheres, Ian Brown uses the acronym ‘F.E.A.R.’ as a creative frame for the song’s lyrics. I spoke of the influence of Massive Attack last week. You can hear the familiar use of lush strings in this return to form from the ex-frontman of The Stone Roses. Have a good week.

‘Survive It’ is off Ghostpoet’s debut Peanut Butter Blues & Melancholy Jam, released in 2011 on Gilles Peterson’s Brownswood Recordings. He’s a hip-hop artist who likes to mix in electronica and soul. ‘Survive It’ combines piano jazz, light percussion and female vocals to create something special. Peterson will have liked. Massive Attack would have been proud. Have a good week.

Reminiscent of the early electronic soul of Massive Attack, last year’s ‘Be Safe’ was music to these ears. Just as importantly, Lulu James would seem to be a diva for the sound. This former model was born at the foot of Kilimanjaro and brought up in South Shields. With the stark style of a Grace Jones and the smooth sound of Shara Nelson, James is making such contrasts work for her. Very good.

How dance music had changed in a decade. I stumbled across a recent Mixmag listing of the best dance/house tunes of all time, as voted by their readership. It had me hunting down old copies of the magazine that listed the same in 1996 and 2001. Given that all three lists cover most of the genre’s heyday, I was interested to compare shifting opinions. In 1996, Joey Beltram’s ‘Energy Flash’ topped the list with Alison Limerick’s ‘Where Love Lives’, and Ce Ce Rogers ‘Someday’. By 2001, favourite tracks for the same period had become those of Massive Attack, Faithless and Underworld, and not much has changed since. Energy Flash was a game changer – exploding onto the scene in 1991 after a year percolating on dark subterranean dance floors. It paved the way for experimentation with a harder sound. But of course, that experimentation would ultimately make ‘Energy Flash’ less essential. But what memories… dry ice and smiles all round. 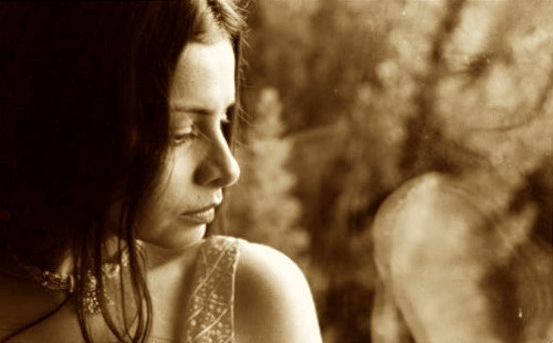 This week, I met up with a pal who’s in town for Christmas. I spent a memorable slice of 1994 hanging out with him in Santa Monica. That summer, ‘Fade into You’ had the type of radio exposure that you can only get in the US. Mazzy Star were a local L.A. band who would never reach such commercial heights again. Singer Hope Sandoval would go on to collaborate with Massive Attack, and for fans of her distinctively haunting vocals, check out ‘Paradise Circus’ off Heligoland. Have a great weekend.